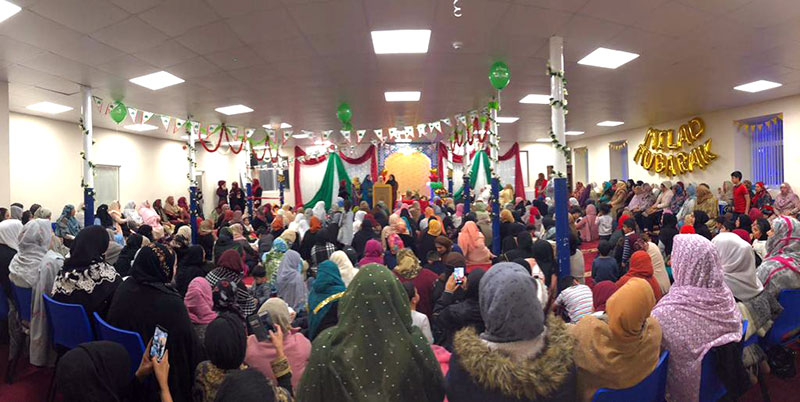 On 9th November 2018, Madinat al Zahra initiated a series of daily mawlids, which were attended by hundreds of the participants. The purpose of the mawlids was to commemorate the blessed birth of the best of mankind, the Holy Prophet Muhammad ﷺ.

It was the first time that Madinat al Zahra took such an initiative which not only produced fruitful results but provided a platform for many newcomers who had not previously had the opportunity of formally visiting Madinat al Zahra.

Special supplications were offered at the end of each mawlid and food was served daily to all the participants.

On 18th November 2018, Madinat al Zahra held its grand mawlid for the sisters. It was attended by a large number of women and children.

Proceedings commenced with the recitation of the divine verses of the holy Qur’an, which were recited by Fauzia Qamar followed by the praise of Allah and various nasheeds by the participants.

The audience enjoyed a English talk by sister A.S Hashmi who spoke on the covenant that Allah Almighty took from previous prophets that they shall believe in the final messenger and to foretell them of his coming.

She went on to speak of the Holy Messenger’s influence on a disbelieving woman who prepared to escape from what she perceived as the magic and new religion of the Holy Prophet ﷺ only to later become awed by his greatness and kindness. She ended her talk with examples of prophetic conduct of mercy and compassion.

From time to time various talented nasheed reciters took to the stage to voice their love for the Prophet Muhammad ﷺ. Amongst them were Rukhsana Begum, Najma Nizami and Shaheen Baig.

The keynote speech was delivered by her honourable Asma Panwar from Manchester in the Urdu language. Her focal point was the famous hadith of Hz Jabir (ra) in which he asked the Holy Messenger ﷺ what Allah Almighty had created before all other things. She explained how the light of the Holy Messenger ﷺ was created before anything and that light was then divided into four parts from which Allah created the entire worlds.

She described the distinguished status and characteristics of the Holy Messenger ﷺ and went onto talk about how the Holy Messenger ﷺ was the purpose of the existence of mankind and the entire universe. She kept the audience engaged by supporting her message with melodious poetry and nasheeds throughout her talk.

At the end, the audience were treated to an outstanding instrumental performance by Minhaj Naat Group Nelson. Proceedings were concluded by sending salutations upon the Holy Messenger ﷺ and with an emotional dua by sister Nasreen from Rochdale.

The Madinat al Zahra sisters, under the guidance of Shaykh Muhammad Afzal Saeedi, worked incredibly hard to prepare the venue and facilitate the flow of hundreds of attendees on a daily basis. 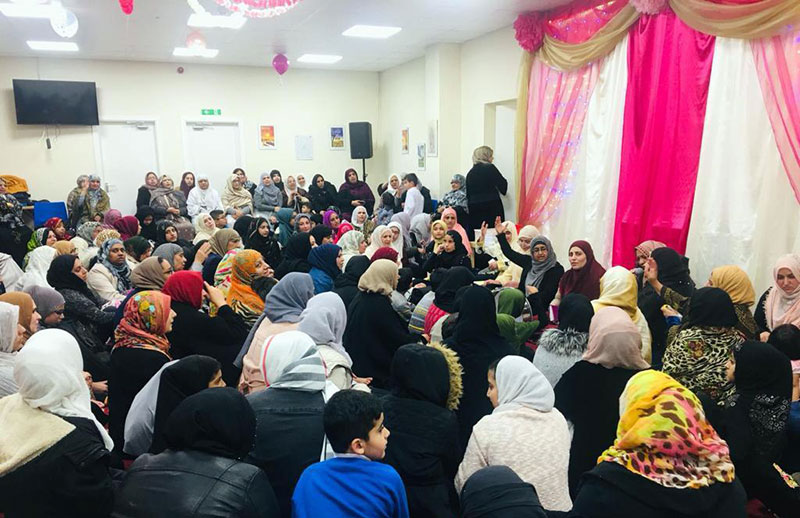 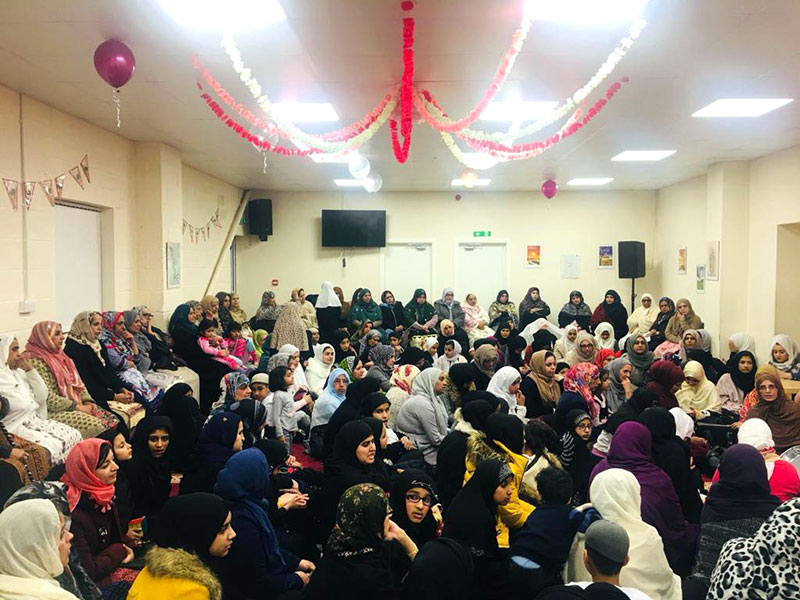 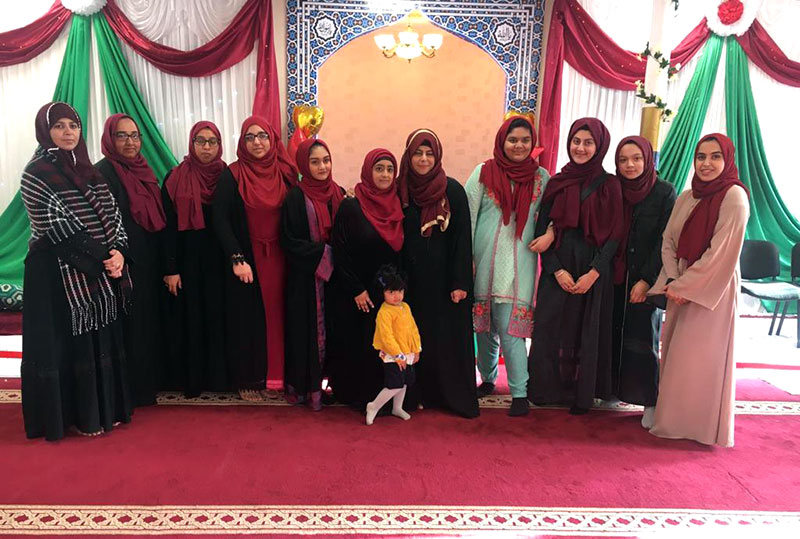