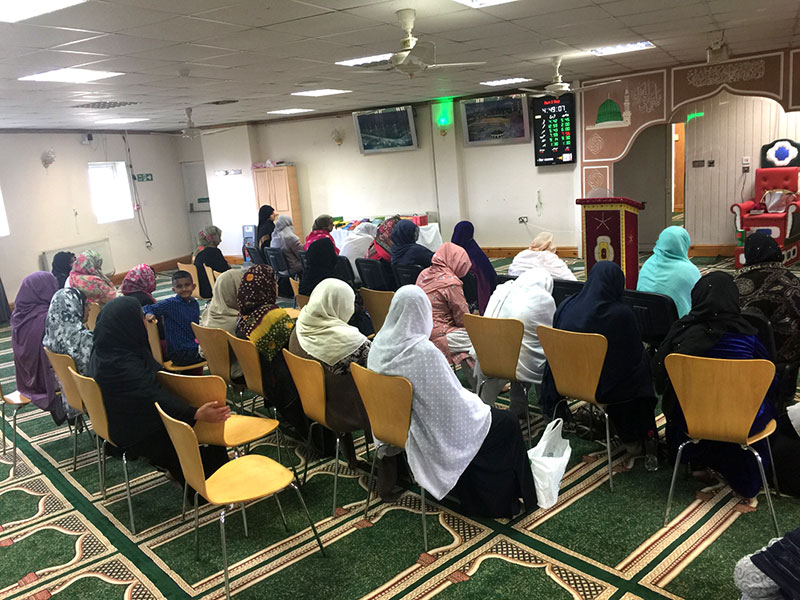 On the 02/09/18 Birmingham Minhaj Women League held Muharram program in remembrance of Ahl Al- Bayt with the will of Allah Subhan WaTaala and the blessing of the Prophet Muhammad Peace Be Upon Him.

This program was hosted by sister Rabia Khanam MWL (President of Birmingham) who invited a young child by the name Essa recited surah Fatiha from the glorious Quran followed by his sister Eysha who read a beautiful naat sharif, may Allah SWT bless the young generation.

Sister Sadia Iqbal spoke in English about the month of Muharram, which is the first month of the year in the Islamic calendar. There are three important months in Islamic calendar Rajab, Dhul Hajj and Muharram. When Prophet PBUH migrated to Madina in 622 CE they found that the Jews were fasting on the 10th of Muharram so Prophet Muhammad ordered that Muslims should fast for “Ashura” for two days and on these days everyone should give generously in charity. 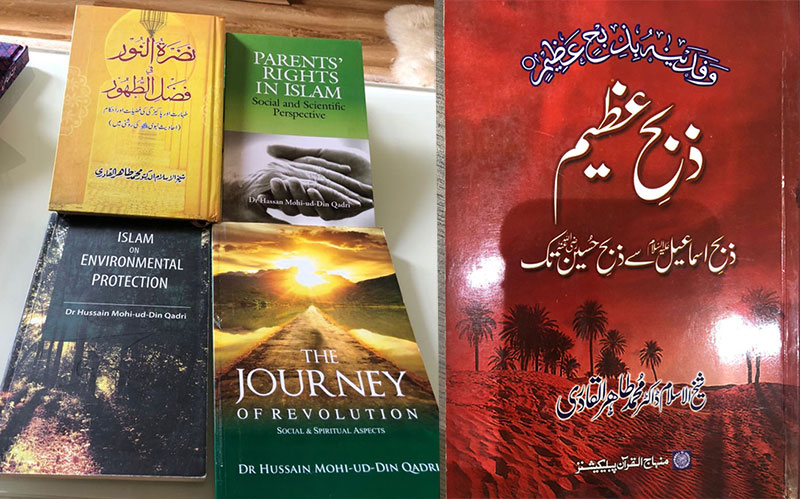 Sister Rukhsana Parveen MWL (Dawah and Tarbiyyah secretary of Midlands) spoke in Urdu firstly about Blaspheme and how everyone should sign the petition regard cartoon character made of Prophet PBUH, as this is everyone’s duty as Muslim otherwise we will have to answer on the day of Judgment. Then Sister Rukhsana spoke about Muharram using Shaykh Ul Islam Dr Muhammad Tahir ul Qadri’s book, which contains hadiths to prove that we should mourn during the first ten days of Muharram and this has nothing to do with sects like; Shia or Sunni. Sister Rukhsana spoke about how the year ends with Dhul Hajj and qurbani and starts with Muharram which is very sad time of the year. Sister spoke right from the beginning with Hazrat Ibrahim AS right down to Imam Hussain being martyred. Prophet Muhammad PBUH said Hazrat Ali AS is the doorway to my knowledge by repeating Ya Ali all night is abadat in itself. Prophet PBUH said there will be four people that will enter Jannah with me and that are Hazrat Ali, Hazrat Fatima, Imam Hussan and Imam Hussain. Prophet PBUH said I’m from Hazrat Fatima and she is from me, so if anyone upsets her they upset me. Sister Rukhsana went on to tell us about how Prophet PBUH new that his grandsons will be martyred and how a small bottle was given to them with soil in it, they were told that when the soil turns into blood their grandson will be martyred. Prophet PBUH could have made duaa to save the Ahl Al-Bayt family but they knew they had to save their deen Islam. Sister Rukhsana spoke what happened in Karbala and how they were starved but still they asked for one night to pray to Allah SWT before being martyred. Hazrat Zainab was a brave lady who stood up to the yazeed and spoke like a true hero. The yazeed sent soldiers to Madina to ruin everything, rape women and set Kaaba cover on fire. Today no one remembers yazeed but everyone remembers Ahl Al-Bayt family. We Shai and Sunni’s need to become stronger and promote peace in Islam. We could go on all day about this topic but sadly this program was then concluded with duaa by Sister Rabia Khanam MWL (President of Birmingham) and salaam by Sister Rukhsana Iqbal MWL (Dawah Secretary of Birmingham). 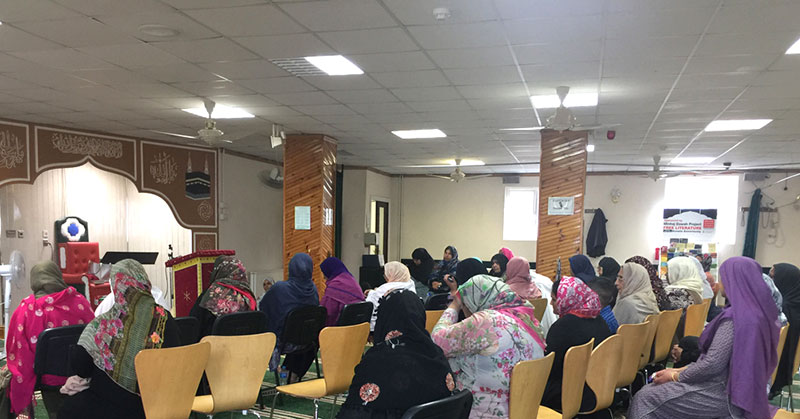 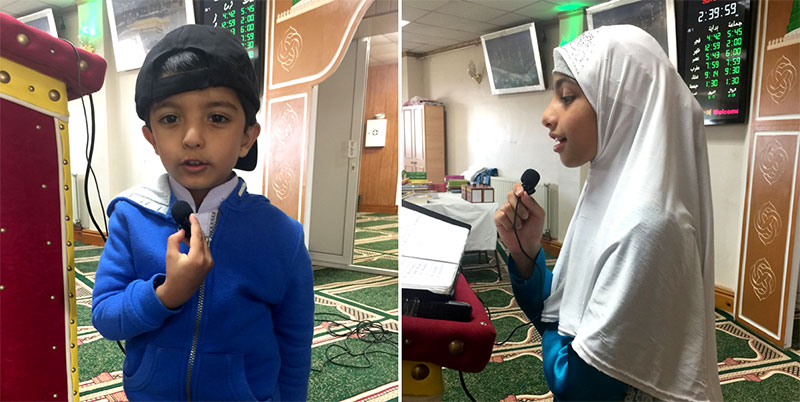 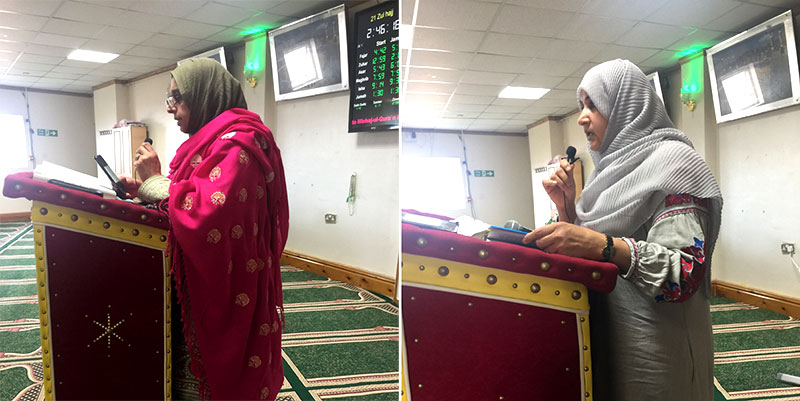 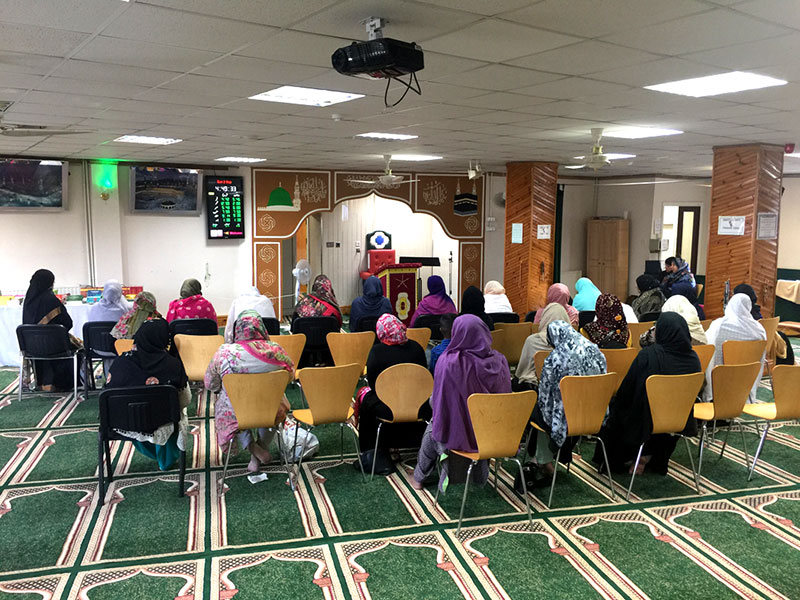 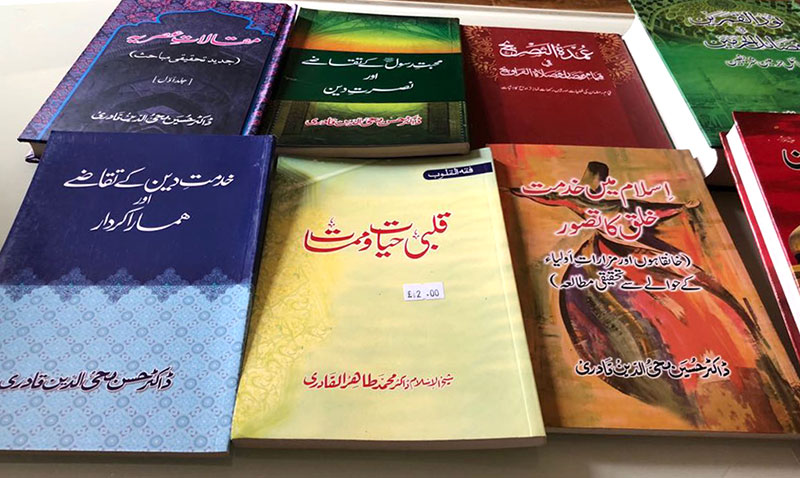 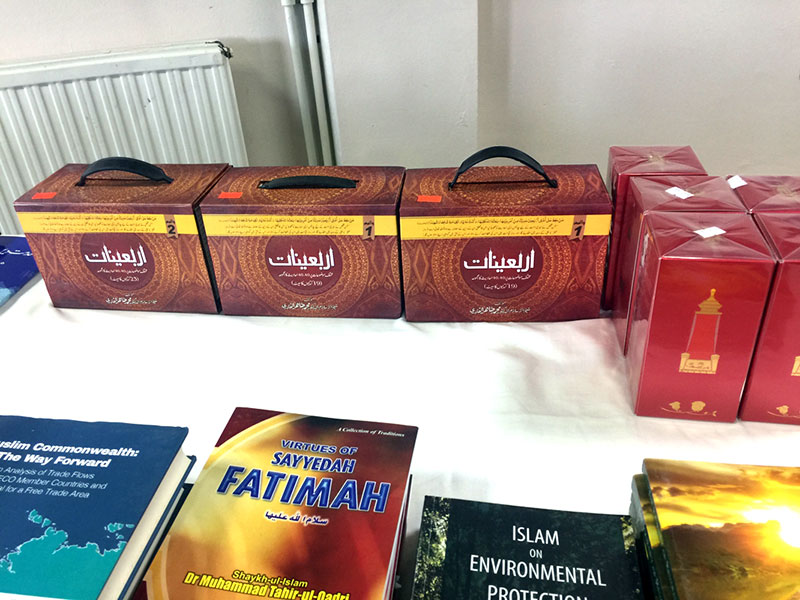