Minhaj-ul-Quran Women League Glasgow and MYL-UK Sisters organized a programme on the 12th of Rabi-ul-Awal to celebrate the birth of the Holy Prophet (S.A.W). The programme was held on Sunday the 5th of February 2012 in the Burgh Hall, and attracted hundreds of people. The programme was hosted by Sister Tasneem Babar who introduced Sister Asifa Ali, invited her on to the stage to recite the Holy Quran. Sister Asifa recited the Quran beautifully and presented its translation. 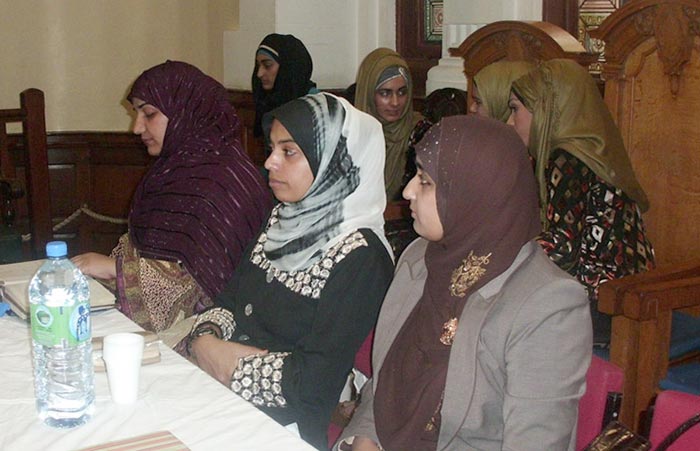 Throughout the programme, the youth of Minhaj Naat Council kept the audience involved by reciting various Nasheeds of the Holy Prophet (S.A.W) along with the duff to make it more enjoyable. Other sisters who performed nasheeds included sister Tasmia, sister Yasmeen, sister Ruhi and sister Taiyyaba from Bradford. The first speech of the event was delivered by Sister Taiyyaba Tabassum who spoke about the great blessings of sending greetings and salutations on the Holy Prophet (S.A.W). She highlighted that by doing this act, which Allah (SWT) Himself performs, we demonstrate our love and deep sense of reverence for the Beloved Prophet (SAW). We need to teach our children to invoke salutations on the Beloved Messenger of Allah (SAW) so that they may also imbibe this love. Finally, she invited sisters to join Minhaj-ul-Quran, become its members and participate in the struggle to enlighten the hearts of people with love for our Holy Prophet (S.A.W). 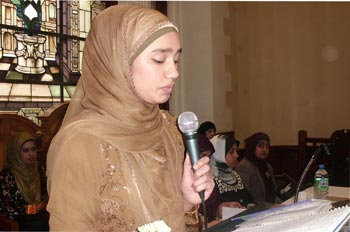 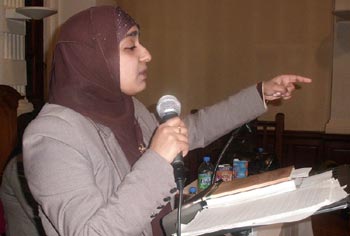 The main English speech was delivered by Sister Ambreen Mehmood (President of MYL UK Sisters) who spoke about the concept of celebration in Islam. Through various examples she proved that the concept of celebration does not only exist in Islam but in fact Islam itself is a Deen of Celebration. She mentioned various aspects of Hajj, which are performed in remembrance of the Prophets (S.A.W). She stated that the five prayers a day are in fact celebration of the gratitude offered by various Prophets. Through various ahadith from Sahih Bukhari, she proved that the Holy Prophet Muhammad (S.A.W) celebrated particular days. She quoted the ahadith where the Jews of Medina celebrated Yaum-e-Ashura by fasting on the day because this was the day when Prophet Musa (AS) gained victory over Pharoah. When the Holy Prophet (s.a.w) heard this he commanded the companions to celebrate the Yaum-e-Ashura by fasting and further said we have more right over Musa (AS). 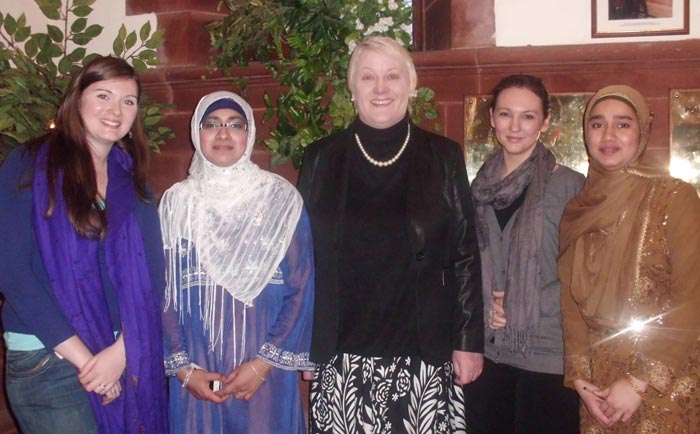 Sister Taiyyaba Tabassum then read out a message of Nicola Sturgeon (Deputy First Minister and Deputy Leader of Scottish National Party), who sent her apologies for not being able to attend the event this year and wished everyone well on this joyous occasion of the birth of the Holy Prophet (S.A.W). However, her secretary Mhairi Hunter attended the event. Shona McAlpine, Director of Communications for Independence Convention and Gayle Lythgoe, Convener of SNP students also attended the event. Sister Taiyyaba thanked the guests for attending and rejoicing this great occasion. 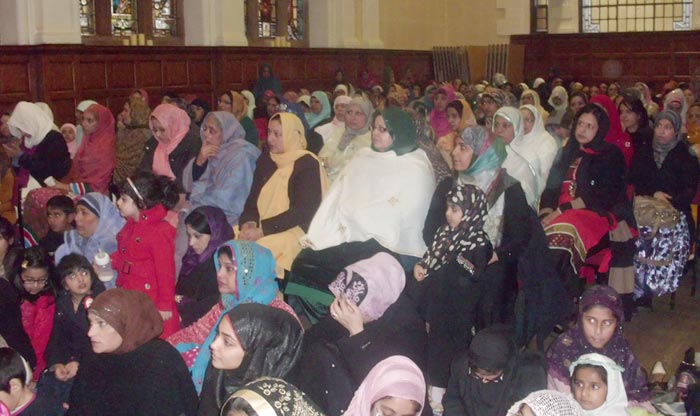 Sister Ifra Kauser from Bradford addressed in Urdu about the allegiance taken by the Prophets (AS) in order to be blessed with Prophethood. She further stated that the Prophets (AS) were commanded by Allah Almighty to propagate to their respective communities the coming of the last Prophet Muhammad (S.A.W) and that they should support the last Prophet in his mission and accept his Prophethood. Allah Almighty also commanded the Prophets that if they found the Holy Prophet (S.A.W) in their time then they must accept and submit to his Prophethood.The programme concluded with greetings and salutations upon the Holy Prophet (S.A.W) and Dua. Food was then served to all the participants in celebration of Mawlid-un-Nabi (S.A.W) and an opportunity for them to visit the MYL stall and purchase books and DVD’s. All participants were invited to sign the London Declaration which received a great response.