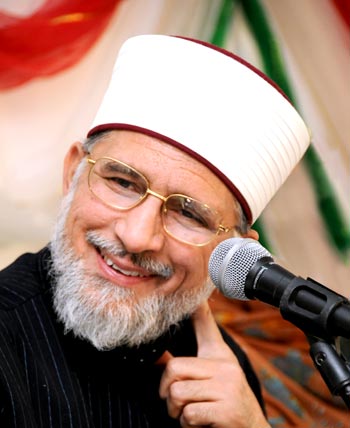 Shaykh-ul-Islam Dr Muhammad Tahir-ul-Qadri has congratulated the Pakistani nation, expatriate community and the Muslims around the globe on the auspicious occasion of Eid-ul-Adha.

In his message from the holy Makka, Shaykh-ul-Islam said that Eid-ul-Adha taught the faithful to include the exploited and less-privileged sections of society in their happiness. He asked the Muslims to revive the spirit of brotherhood, which once characterized the Islamic world to help their disadvantaged brethren in their hour of trial and tribulation. He said that reining in the base desires was the duty of each and every Muslim. The spirit of welfare sprang from this act, thereby putting an end to the attitudes of intolerance and extremism.

“By following the Sunna (practice) of Hazrat Ibrahim (A.S), one gets to know the hardships and difficulties of the downtrodden sections of society. This spirit of love and compassion, which is the core message of the festive occasion, motivates people to help those in distress with utmost sincerity that paves the way for promotion of positive values,” he stated.

Shaykh-ul-Islam Dr Muhammad Tahir-ul-Qadri said that the act of sacrifice and performance of Hajj gave a message of unity and oneness among the Muslims. He said that there was a dire need of forging unity among their ranks to fight off the contemporary challenges. He asked the people of Pakistan not to forget the millions affected by floods and terrorism while celebrating Eid-ul-Adha.